The Experience You Can Trust 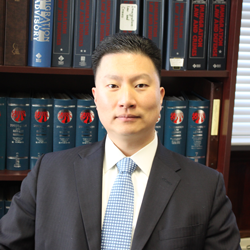 Attorney Don W. Pak is licensed to practice law in New Jersey and is admitted to practice before the Supreme Court of New Jersey, US District Court of New Jersey, the US Court of Appeals for the Second, Third, Fourth, and Ninth Circuits. Mr. Pak is an active member of the American Immigration Lawyers Association (AILA) in Philadelphia, PA, New Jersey, and Washington, D.C. Chapters. Mr. Pak is bilingual in Korean and English. Mr Pak argued in front of the Third Circuit Court of Appeal which later became published. Bhiski v. Ashcroft,NO.03-3291 (May. 3, 2004).

When it comes to deportation, Mr. Pak has successfully helped countless individuals facing deportation by effectively representing them in immigration courts throughout the United States. He has filed Petition for Reviews in the Second, Third, Fourth and Ninth Circuit Court of Appeals. He has won cases at the Third and the Ninth Circuit Court of Appeals. One of Mr. Pak’s case that he won was a very tough case since there were several similar precedent case laws that were decided against the type of case Mr. Pak's client had. However, he skillfully persuaded the Ninth Circuit Court of Appeals judges to decide in his client's favor. Although it's an unpublished case, it was a great victory for both Mr. Pak and his client. Kim v. Gonzales, 2006 WL 1891758 (9th Cir.). Another case that Mr. Pak argued at the Third Circuit became a published decision, Bhiski v. Ashcroft, 373 F.3d 363 (3d Cir. 2004)."